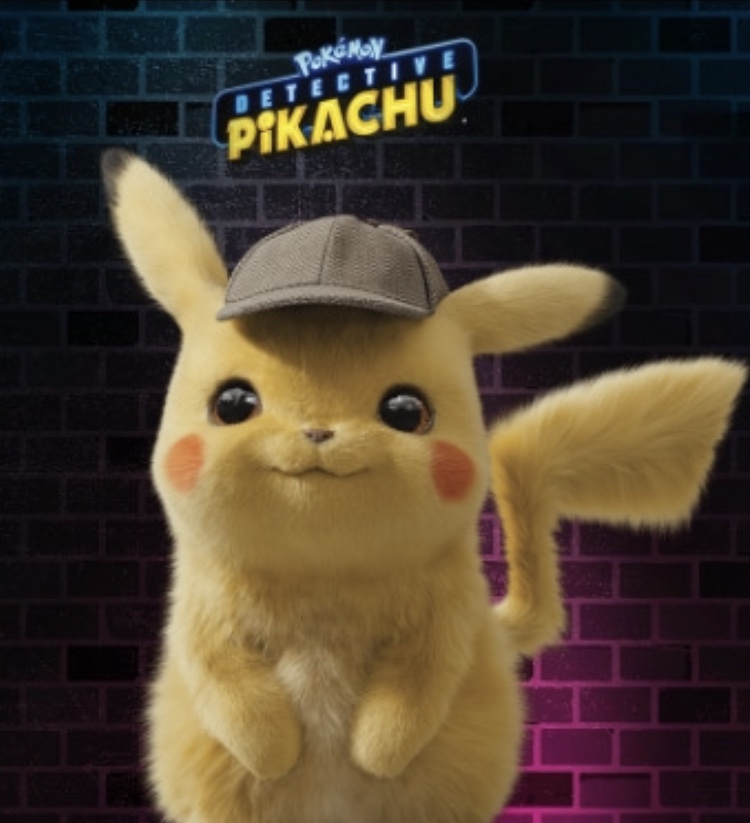 I don’t know if you know, but I love Pokémon. I have seen the shows, own Pokémon cards, play the games, and have a small collection of Pikachu plushies.

When I first saw the preview of this film, I was skeptic. I was unsure of Pikachu’s voice. I was sold on how adorable they made him look but that alone wasn’t going to convince me to go watch it. My 4 year old daughter Zelda really wanted to watch it but I was thinking of waiting until the film came out on Blu-ray. My friends which are bigger Pokémon fans than me, saw it the same day it premiered and they enjoyed it so much, they have seen it a second time. So that convinced me to take the kids to go see it.

Video games that are made into movies don’t turn out well. So much is changed so the general public can be interested on watching it but it leaves hard core fans disappointed. Well, I don’t think this is the case with Detective Pikachu. From start to finish, it’s a cute and funny film. Pikachu comes out being cute, funny, and sassy. Not just him but also other Pokémon like Psyduck and Snubbull. Besides the Pokémon (which are a lot) I felt the storyline was great. I was expecting something different; the movie revolving around Pokémon and gym battles which wasn’t at all but I still liked it. It was about partnership and friendship. The protagonist Tim and Pikachu are on a mission to find out what happened to Tim’s dad, Pikachu’s partner and along the way they have to work together to uncover the mystery. As the story progress, they meet different Pokémon. I wonder how many Pokémon appeared in the movie?

Zelda is a Pikachu fan and she very much enjoyed it. My 2 year old son was surprisedly calm watching the movie but I think I enjoyed it more than my kids. I felt like a kid again and it brought back a feeling of nostalgia when the series premiered on TV back in 1998. It’s nice that my kids enjoy something that I grew up watching and we connect in some sort of level.

I can’t recall the last time I was so excited to watch a movie and the film didn’t disappoint. So if you like Pokémon, go check it out.