The other day I went to Home Depot because I’ve been meaning to buy a new toilet seat cover since the one we have looks dirty even though I spend time cleaning it. It was old and some stains just wouldn’t budge. I would scrub so hard that it would remove the paint, leaving scratches and marks which made it look worse. 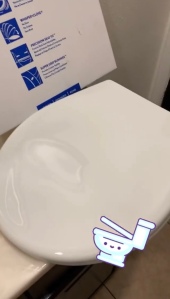 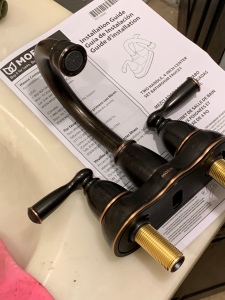 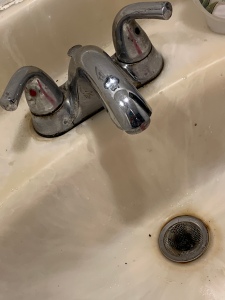 The other thing I bought was a new bathroom faucet. It wasn’t something I needed but I really wanted it. Our old faucet was old and I thought a new one would give the bathroom a different look. My other purchase was flowers which I couldn’t resist 😅 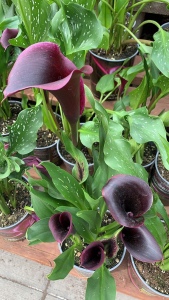 I was so excited to install the new seat cover that I did just that when I got home. It was really easy and simple that I felt proud of myself. I was thinking of installing the new faucet the next day but I was just so impatient to wait. So I started removing the old faucet, or trying to. After 40 mins of trying to remove it, I gave up. I wasn’t strong enough to unscrew the old pipes that were connected to the faucet. I use WD-40 to loosen and lubricate the pipes but I only managed to remove one.

In the end, I put everything back and I was just disappointed in myself. I could have waited for my husband to arrive home to help me unscrew that one pipe but I had a feeling he was going to try and help me out with everything else and I didn’t want that. I wanted to do it myself and surprise him what I did. It’s lame. I had all the right tools yet I couldn’t do it because I wasn’t strong enough.

It sucks sometimes and I hate relying on people and asking for help. Besides the typical house chores, I try my best to do things around the house; move around the laundry mat, move the sofas and furniture for a deep cleaning, tidy up the attic, trim the trees etc. It annoys me sometimes when my mother and other female companions tell me to stop and let my husband do it. When would that be? He’s a busy hard working guy. I can’t expect him to do everything and there’s been times when I mention it to him and he forgets. If I can do it, I’ll do it. I like being helpful at home and I like the look on my husband’s face when he sees what I have done. He sometimes gets upset with me but that’s because he’s worried that I’ll get hurt. I tell him I’m very careful and if I ever need help, I’ll ask. I rarely do it though.

So I came to the conclusion that the whole sink would have to go since it’s old as well. The bathroom didn’t get remodeled when we moved in since money ran out. Everything works though so that’s good but it’s in need of a makeover. Of course I would love to do it myself but I’ll leave that to the professionals. I’ll be happy to write about it once we get start…hopefully soon.